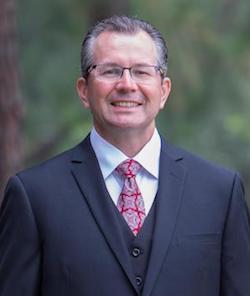 When you select an attorney, experience counts the most. Experience should not be limited to making insurance claims. Can and will your attorney fight in Court? Does your attorney understand the law? Does your attorney even know where the Court is located? The week after I passed the bar exam, I was handling my first deposition, two days later I won an arbitration and have I not stopped litigating since. I can and will take your case to Court if the insurance company is unreasonable. I can and will put your case before a jury. If you are looking for competent and complete representation, I am the attorney you need in your corner to take on the insurance companies for your injury accident claims, workers compensation, or wrongful termination cases.

The Krolikowski Law Firm is a trial law firm with the experience and legal knowledge to win in Courts throughout California. Having grown up in Huntington Beach, gone to college at UC Irvine and law school in Sacramento, I have had an opportunity to spend time in the major cities and counties in California. In my more than 20 years of practicing law, I have handled major cases in State and Federal Courts for clients in the Orange County, Los Angeles County, San Diego County, San Bernardino County, Riverside County, Sacramento County, Alameda County, San Francisco County, Santa Clara County and Marin County, to name a few. Whether your case is $15000 or $15,000,000, you deserve the best representation for your case. Don’t settle short, use the law for justice.

State Bar of California
Member Since: 1999

Contact Us
Our Services
Client Reviews
★★★★★
"Adam helped us navigate through the aftermath of an unfortunate car accident where my wife and 2 year old son were injured and taken by ambulance to an emergency center. He and his staff mediated with the insurance companies, law enforcement, hospitals, chiropractic, etc. and helped create a VERY stress-free recovery for our family. Thank you Adam, we are so grateful.” Steve H.
★★★★★
"Krolikowski Law is a firm dedicated to winning the best outcome for their clients! A straight forward honest appraisal of your situation in simple no jargon language. With a commitment to support and aid. I chose this law firm and I am extremely glad that I did." Susan R.
★★★★★
Adam, Chris, Eli and Erika were professional and knowledgeable. They showed they cared about not only helping me to get monetary compensated for my injuries but cared about me as a person. I would recommend this law firm to anyone who needs an attorney who gets the job done while being compassionate and empathetic. Caryn D.
View More
Submit a Law Firm Client Review